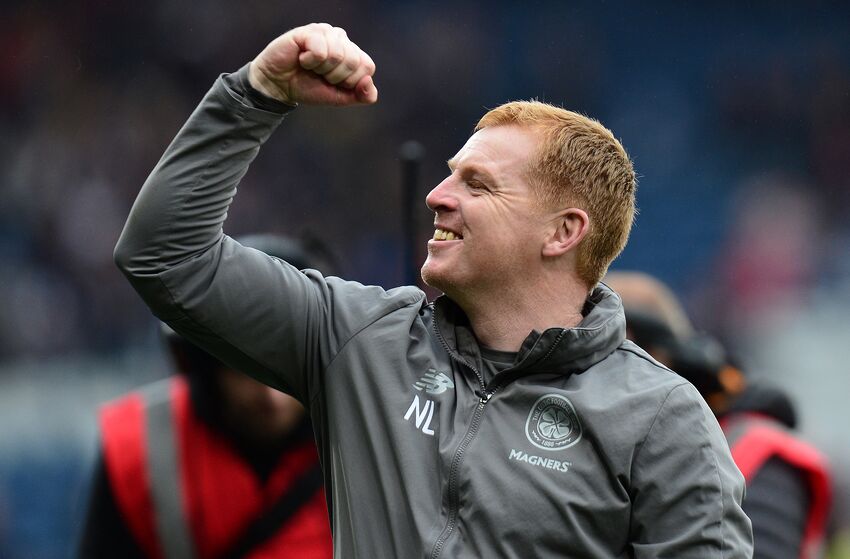 GLASGOW, SCOTLAND - MAY 25: Neil Lennon, manager of Celtic celebrates winning the Scottish Cup at the final whistle during the Scottish Cup Final between Heart of Midlothian FC and Celtic FC at Hampden Park on May 25, 2019 in Glasgow, Scotland. (Photo by Mark Runnacles/Getty Images)

Celtic have nearly completed a deal for £3.5-million striker that would see him in the Green and White. Only a medical is pending.

Celtic have been linked to numerous players this winter transfer window to include strikers, midfielders, and defenders. The Hoops are in desperate need of additional help and cover for many of their star players. It now appears that the Hoops are bringing in their first meaningful signing of the winter.

Patryk Klimala is the player in question who could soon be wearing the Green and White, according to the Scottish Sun. Patryk Klimala has been playing for Polish-side Jagiellonia Białystok, and has scored seven goals in 17 appearances for his current club.

Clubs such as Copenhagen and Serie A-side Genoa have been in hot pursuit of Patryk Klimala as well, but the Hoops have apparently won out. However, Patryk Klimala has made it clear he will not be just a depth option, he wants an opportunity to play.

According the same article by the Scottish Sun, Patryk Klimala made comments on the possible move:

“First of all, I don’t want to be the fourth choice, only the first.

“I want to develop, so I will also choose a league that will give me that.

“If someone wants me and it is a good option, I will go and fight for my own.”

Neil Lennon has had his eye on Patryk Klimala all winter, and pending a physical, it looks like he could soon get his man. Patryk Klimala projects to be a second striker type of player that could play alongside Odsonne Edouard, or help provide quality depth at the position.

One thing is clear based off of Patryk Klimala’s comments last week: if he does make the move to Parkhead he will be playing. Hoops fans should expect to see him on the pitch soon after his arrival.