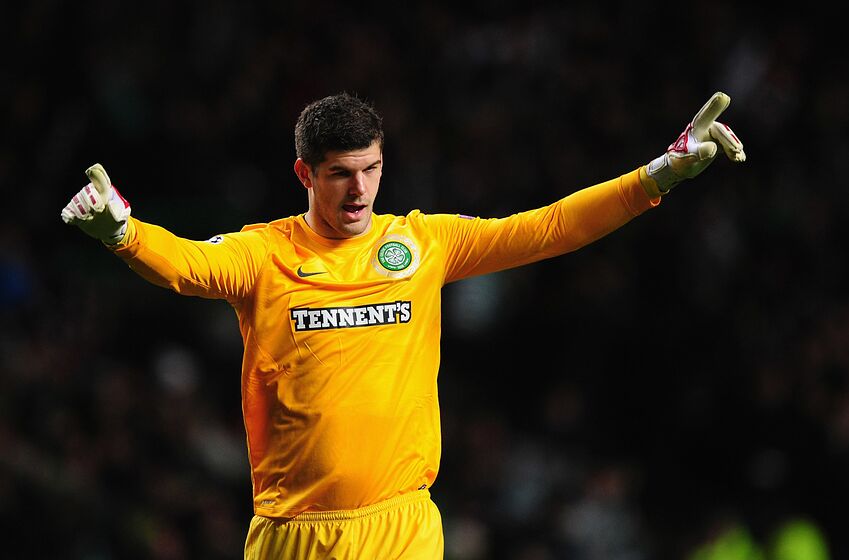 There are fears around Celtic Park that Fraser Forster could return to Southampton in January if the Premier League decide to use their call-back clause in his contract.

Fraser Forster has been a huge hit at Celtic since making his return from Southampton on a season-long loan earlier in the summer. But his impressive form combined with Southampton’s relegation battle in the Premier League have raised fears around Hoops fans that the Premier League could opt to call him back in January if things do not improve at St Mary’s Stadium.

The English keeper has quickly reestablished himself as the number 1 between the sticks at Celtic Park since returning. And if the club do lose him, especially in the middle of a push for a ninth straight league title then it there could be huge consequences. As a result the fans are desperate to keep hold of the big man.

After it was revealed earlier that he has a call-back option in his contract, there was panic among the Celtic faithful. And it is clear that the exit rumours have reached Forster as well as he came out today to clear his current contract situation at Parkhead and debunk a few rumours.

As reported by the Daily Mail, the Celtic keeper said:

“I don’t think there’s a recall (option), so I think I’m here for the season from my side of things.

“I’m happy here and glad to be back here playing. I just want to do as well as I can, so I think I’ll be here for the season.

“I’m only focusing on the short term really. So much of what will happen will be out of my hands.”

While Celtic fans will be relieved that there is no immediate danger of Forster leaving, the fact that he gave no reassurances about next season is still a worry. It is safe to say that the Englishman is way ahead of Craig Gordon and Scott Bain, and he will need replacing if an exit happens in the future.