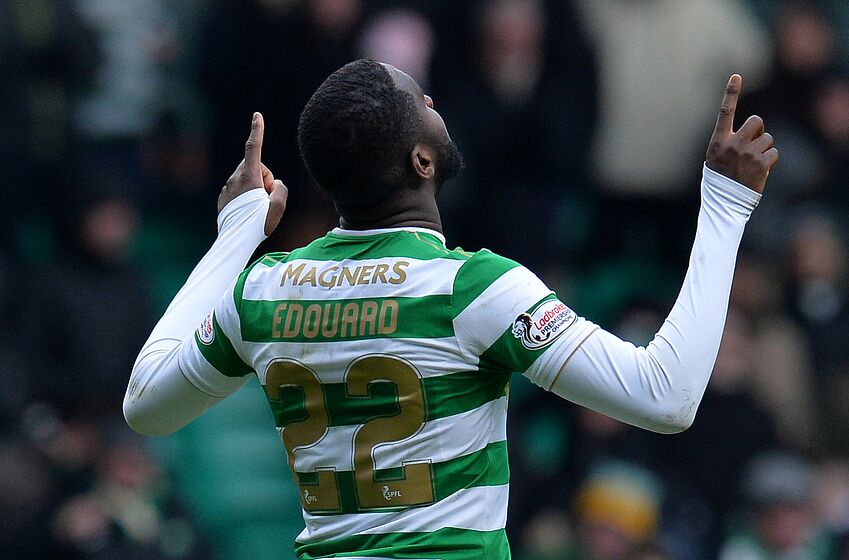 GLASGOW, SCOTLAND - MARCH 03: Odsonne Edouard of Celtic celebrates scoring a goal late in the game making it 3-0 to Celtic during the Scottish Cup Quarter Final match between Celtic and Greenock Morton at Celtic Park on March 3, 2018 in Glasgow, Scotland. (Photo by Mark Runnacles/Getty Images)

The Hot Stove is in full effect, as now Celtic’s Odsonne Edouard is the potential transfer target for London-based Crystal Palace come January.

This time of year is chalk-full of transfer rumours, and Celtic is always right in the thick of all of them. The idea that Odsonne Edouard could be on the move has been around for the last two years. Now, with his career season taking place, those talks have only amplified.

According to The Sun, Odsonne Edouard could be on the move down South, to London, in which Crystal Palace is reportedly seeking his services. This rumour is not as far-fetched as some of the others that were reported during the summer transfer window.

Crystal Palace has a real need for a true superstar and play maker. Crystal Palace is also sitting on an extra £50-million, which accounts for the sale of Aaron Wan-Bissaka, who was sent to Manchester United during this past summer’s transfer window.

Odsonne Edouard is rumoured to be valued as high as £25-million, and that would certainly be doable for the English Premier League side. Interestingly enough, if Odsonne Edouard were to not work out, Alfredo Morelos of Rangers is also on Crystal Palace’s radar according to the same article by The Sun.

However, would Celtic, or even Rangers give up their key strikers in the middle of a Europa League run, in which Celtic has already qualified for the Knockout stages, and Rangers look poised to do so? In reality, probably not, at least not for the Hoops.

That being said, it would not be surprising to see the Hoops make some cash off of Edouard in the summer window. If Vakoun Issouf Bayo is healthy, and another striker is signed in January that proves that can help provide some of the production that would be lost without Edouard.