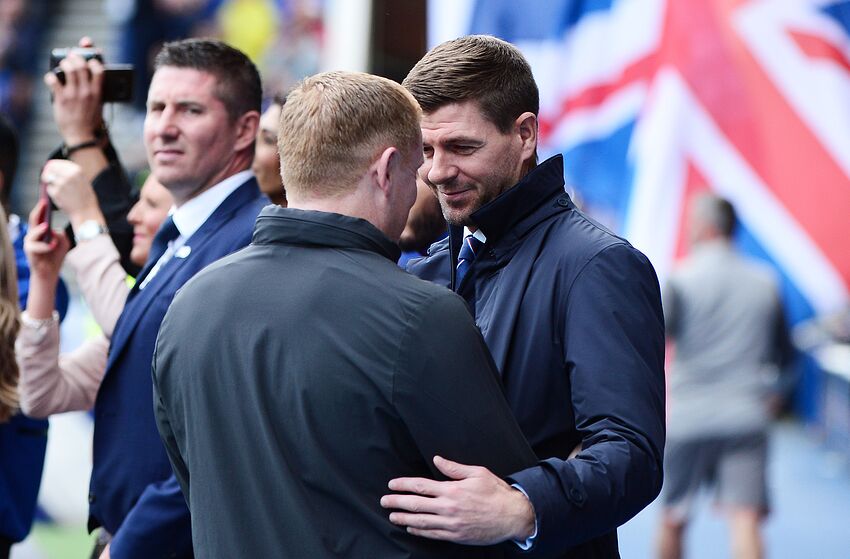 Celtic boss Neil Lennon has made a huge claim about Steven Gerrard’s Rangers side as the title race for the Scottish Premiership heats up between the two teams.

It is safe to say that Rangers have made a resurgence since the arrival of Steven Gerrard as manager. They are currently on equal points with Celtic in the Premiership and will meet them in the Scottish League Cup final as well. And after almost a decade of complete dominance, the Hoops finally have to worry about their Glasgow rivals again.

Neil Lennon though is not deterred by this at all though and seems to be enjoying the challenge. After winning 8 league titles in a row and trebles in three consecutive seasons, it might even be good for the side to have some competition domestically so that they take their game up a notch when it comes to Europe.

Lennon has revealed that Rangers challenging them is driving him on and he has rediscovered some of his hunger for winning. This has shown in their impressive run in the Europa League, where they have qualified for the group stage in record fashion.

Speaking to The Scottish Sun, the Celtic boss:

“Having this opportunity again is fantastic. I’m really enjoying it. The fact Rangers are back challenging drives me on too. It heightens the senses and pushes me on.”

Steven Gerrard will be hugely satisfied with Lennon’s comments, as it is means that he is on the right track. After years of stagnation, the Teddy Bears are a force again in Scottish football and the Liverpool legend deserves credit for that.

The fact of the matter is that it is easy to take things for granted when all you have done is win over the last decade or so. And the resurgence of the Rangers is positive for this young Celtic side as well as it will be a great learning curve for them to become a top team in the future. Yes, their rivals might pinch a trophy here and there, but that’s how football is. That’s how life is.