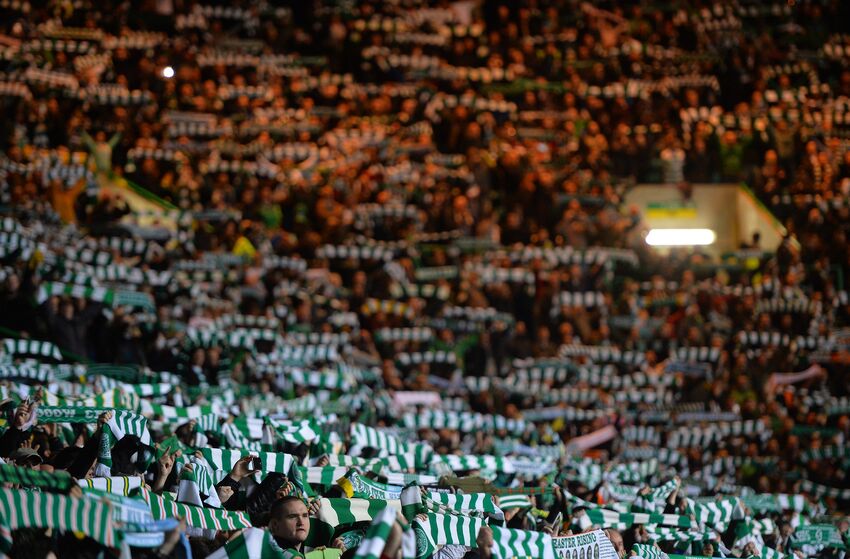 Is Domestic Treble Inevitable for Celtic? by Khaled Abdallah
Can Celtic Pass up £20 Million for Moussa Dembele? by Andrew Coppens

Celtic knew it was getting the winner of Albion Rovers vs. Queen of the South. Now it knows exactly which club it will actually be.

It will be Albion Rovers, who had a chaotic and incredible 2-1 win over Queen of the South. The win was chaotic as Rovers were dropped to 10 men in the tie.

Defender Ross Dunlop opened up the scoring for The Wee Rovers in the 16th minute. However it would be a crazy final 20 minutes that would give everyone entertainment.

Down 1-0, Queen of the South equalized in the 76th minute on a close-range header from Jamie Hamill. Things only got crazier in the next 10 minutes, with Rovers’ midfielder Ryan Wallace was sent off with a straight red card for a brutal challenge in the 87th minute.

It should’ve been advantage Queen of the South, but it wasn’t as Albion Rovers’ Calum Ferguson slide one home from close range in the final minute of stoppage time to give the League One side a win.

More from The Celtic Bhoys

For Celtic, it means a bit of an easier road ahead than a match with Queen of the South may have given them. Obviously, having Wallace missing for the next tie is going to hurt Rovers, who have such a small squad to pull from.

As for history, it tells us that these two sides have clashed 18 times and Celtic have a stellar 14-2-2 record in those matches.

But, every one of those matches took place before the real modern era. That’s because Celtic and Albion Rovers haven’t met each other in a competitive match since 1949.

It would be a massive shock to see Celtic take a loss when the two sides meet at Cliftonhill Stadium on January 21st. However, it is the magic of cup football that sees these two sides likely to take this match as serious as possible.